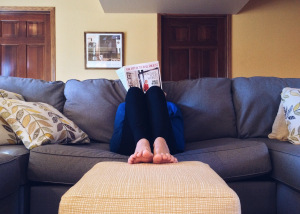 I’m sure I’m going to get some haters with this post…but I have to write it, because this is driving me crazy.

To be clear and set the precedent, if you don’t know me, I am a political junkie. I will consume

way more political news than is healthy (by most people’s standards, clearly not mine). I do my best to broaden my views, taking in both conservative news outlets, liberal and pretty much everything in between. I want to know what everyone is saying, whether I believe it or not is something entirely different…and that, my friends, is the heart of the matter.

Saying that social media in and of itself has had a negative effect on society and politics in general is pure BS in my opinion.

Because we have NO WAY OF KNOWING what may have changed a person’s mind.

It was the Fake News.  (I can’t tell you how much I hate that phrase.) People have spread false rumors since the beginning of time. They share what they are deeming facts, but we know really aren’t the case, or we would if we did our own research. Dynasties practically lived off of fake news, but they used to call it propaganda. Today, we call it marketing.

Yes, I just did that.

Build Relationships…Be more than a Marketer

Marketing is basically crafting a message to share your beliefs. About a person, a product, a theory, a state of mind. It is sharing YOUR opinion (or a company’s) of how wonderful something is or is not and how it may or may not benefit someone. Some people do it amazingly well, some not so much. Some can tell you that Coca-Cola is good for you. That the sweet taste will go straight to your head and make you feel alive, not sugar filled and give you a gut.

See, it’s easy to flip the switch. To flip the message.

Did social media make me think that Coca-cola was the best thing since sliced bread? No. But maybe it caused me to taste it, try it out and then make my own decisions.

Because that is what social media and all media allows everyone to do. In the United States we are free to say whatever the hell we want, for better or worse, we have free speech for a reason. That free speech allows us to say things and for others to determine if they agree or disagree.

Did the presidential race of 2016 get ruined by social media or the Russians? No. Was the voting body affected by the messages that were shared? Absolutely.

We are all affected by every message we take in. The billboards around us, the commercials on TV and YouTube and the sponsored ads on social media. Not only the social media ads but the real tricky posts – the ones that get you thinking – the ones that look like they are from legit friends or acquaintances. The ones that have the chance to persuade you just a bit.

But they won’t change your mind. That’s up to you.